"The streets are a poor kid's PlayStation™"

There I was on a warm early summer day in a small German town called Hameln, vying for space, me and 3 other friends’ clamouring over each other to look through pinholes of the local toy stores shutters. Passers-by precariously wondering what would be making 4 teenagers firstly get out of bed before 11am, and secondly what was so interesting in the shops window.

The date was 30th September 1995, and the reason, the release of the Sony PlayStation.

This was Sony’s first foray into the competitive gaming market and they had a gaming platform that would surpass all other established competitors, and introduce a gaming legacy that continues to be strong today.

“We, who have lived our entire lives with video games, can be known as "video game natives.”

The PlayStations origin originally goes back to 1988, where Sony was working with Nintendo in developing a console using both company’s technology and this creation would be the SNES-CD. Rumour has it that this relationship toured sour due to Nintendo suddenly pulling out of the partnership (they wanted a bigger cut) and teaming up with Phillips instead. The Sony President at the time, Norio Ohga, was so infuriated by this he promised he would create a console that would ‘sink’ Nintendo out of the gaming market. Prototypes of the SNES-CD do surface every now and then, and for the collector’s reading this, a small loan is required should you wish to purchase. After a few years of the PlayStation department being shifted around various Sony departments, 6 years later they had released their very first console in Japan; it was nearly a year before it hit EU markets.

When a new product is introduced into any market it has to ‘Sucker Punch’ all the current existing products, this can be glitzy packaging, free prize draws etc, with the PlayStation it was the price. The PlayStation team had the financial clout of Sony behind them, the world’s leading manufacturer of electronics, from TV’s to Walkman’s, most of you would have had some sort of Sony device in the 90’s and 00’s. They were able to offer the PlayStation at a far lower price than Sega or Nintendo, their 2 main rivals in the gaming industry at this point and this was at a time when video games were still seen as a pre-teen/teenager demographic. With young adults not having the money to purchase higher price consoles and their games to boot, they were however able to afford the cheaper PlayStation.

The PlayStation also did not have an iconic character linked with their product compared to Nintendo’s Mario or Sega’s Sonic characters so it quickly formed alliances with the world’s largest software developers, from Namco to EA Games, and were able to have exclusivity on popular games from these developers, such as the ever continuing FIFA and other related sports games series. Although a lot of this exclusivity is not continuing presently, it was key for Sony at the time to greatly compete with their competitors and especially Nintendo.

The console itself is now regarded as iconic but at the time I was not convinced. It was plain grey, rectangular, no snazzy logos and 2 buttons. The controller on the other hand was, for me revolutionary, it moulded around the users hands and felt like we had been missing this new appendage despite millions of years of evolution. It also included the first ergonomic trigger buttons and my personal favourite, 2 thumb pads, mini joysticks almost, and I like to think this was an homage to the old Amiga/Spectrum era.

"I play a lot of Playstation, and always trying to look pretty for the girls."

The PlayStation also diversed itself, usual gamers at the time consisted to be male pre-teen/Teenagers, PlayStation however various ranges of games to suit all demographics. From games needing the use of a dance mat (many a child lived out there Spice Girl routines on of these) to older generation games including popular quiz shows at the time such ‘Who Wants to be a Millionaire’. Sony identified early on that the market didn’t have to be segregated and they wanted everyone, this was evident in the amount of actual games they released. The total amount of games PlayStation released was 2355; compare this to Nintendo’s Super Nintendo console of around 700 games (although this is disputed due to unlicensed games) and Sega Saturn’s 1100, Sony meant business.

Sony PlayStation eventually sold over 100 million units, the first console to do so. It is now 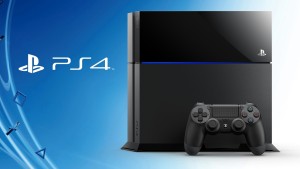 on its 4th generation and continues to outsell its competitors, with the emergence of online gaming over the last few years most households now own a video game console or as they are now branded ‘home entertainment systems’. It is also an exciting time for the gaming industry with the introduction of Virtual Reality, yes, I know this was big in the 90’s, the technology has caught up to the point where this really could be a game changer and it’s not just Sony and Microsoft’s Xbox in the mix, new companies are starting to show their hand, including Facebook (remember Microsoft was just a software company). Will the gaming industry have a new king? History has shown that empires rise and fall…..exciting times ahead for gamers everywhere.