“Though nothing, will keep us together”

January 11th 2016 is a date that will be forever ingrained in my memory.  I woke to a dreary Monday morning, preparing myself to go to work, and as usual checked the Geek Force Twitter. When I saw the Sky News tweet I thought it was some kind of sick hoax. I checked the official Twitter profile expecting it to say something to the contrary or nothing at all.

That’s when it hit me and suddenly became very real.

David Bowie had passed away age 69, only a few days after his birthday (and the release of his album Blackstar).

No words can really describe how this made me feel. Even now I find it hard to believe that 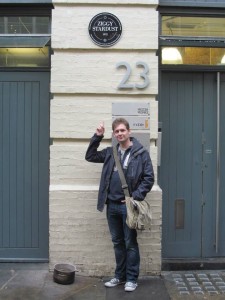 Bowie is my favourite male solo artist of all time. I love his music, I love his art, I love his style, I love his films. In my opinion he is the ultimate entertainer.

It’s a cliché to say he was a chameleon and could capture the zeitgeist. I’ve heard that so many times over the last few hours never mind years.

His genius was making the extraordinary accessible to everyone and challenging what was the accepted norm. He pushed boundaries but he did it because he genuinely believed in what he was doing and could speak with authority on so many subjects.

That is why so many followed him and so many were inspired by him.

For me his contribution to the world of performing arts is incredibly far reaching and his creations iconic. How many artists can we talk about has having eras? Bowie holds that special accolade.

My first real memory of Bowie was from 1980 and the release of Ashes to Ashes. I can remember seeing the video to the song on Top Of The Pops and being fascinated by it. For some reason the segment where he is hanging on the wall with the tubes attached to him and the parts where the bulldozer is driving behind the small procession, him leading in the Pierrot outfit, really stuck in my mind. I have always wondered why and all I can put it down to is that there was something sci-fi about it that attracted me.

I loved Under Pressure (one of the best duets ever!) but the next song of his to leave such 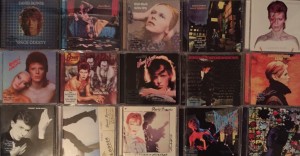 an impression was Let’s Dance in 1983. Again it was the combination of the song and the imagery in the video that made it stand out. I can remember very clearly thinking that it seemed strange it was the same person who had been in the Ashes To Ashes video. The red shoes and Bowie in the dark glasses stayed with me.

Music was something that really interested me much more in my teenage years, at secondary school and beyond, so these were quite significant as memories from my childhood. For me music was more soundtracks and my parents’ collection from the 60s and what I picked up at school and on the radio.

I also remember really liking Dancing In The Streets. Particularly Bowie’s coat. I have no idea what that says about me but all I know is I still like to wear long coats! Thanks David.

“Everything I've done, I've done for you. I move the stars for no one.”

My next real encounter with the Thin White Duke was through the cinema. I had loved 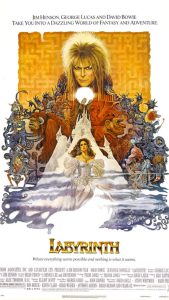 Jim Henson’s The Dark Crystal and Labyrinth was no different.

The film is thirty years old this year and I can still watch it time and time again and never get bored with it. I have introduced so many of my classes to it over the years and have passed on my love for it to them. Half of the class I currently teach had me as their teacher two years ago and they have asked if they can watch it again at some point.

The quest story is perfect, the mix of songs, drama and comedy is superb, the nods to the Brothers Grimm, The Wizard Of Oz etc all work to its advantage, Henson’s creatures are just amazing and hold up so well, in part to their design but also due to the performance of the puppeteers and voice actors. They beat CGI any day of the week. The fact they are there and interacting with the two human actors cannot be underestimated.

Bowie as Jareth the Goblin King is mesmerising. He is in turns funny, sinister, charming and outright scary.

I honestly think that nowadays this film wouldn’t be made. A baby kidnapped by a grown man and surrounded by monsters? A 16 year old girl who is being pursued by said grown man with dialogue such as “I ask for so little. Just fear me, love me, do as I say and I will be your slave.”

Questions would be asked of that script surely?

“Time may change me, But I can't trace time”

Constantly reinventing, always pioneering (his interest in the internet and creating an online community is something that inspired me to create the Geek Force) always in the public conscience and yet always so very private he remained an enigma and a source of fascination to the media and to his fans.

Over the years I have collected his records, I’ve watched his films and TV appearances and have enjoyed every reinvention and revival. He is a chameleon but one that not only fits into his current environment but one that somehow shapes it to him. 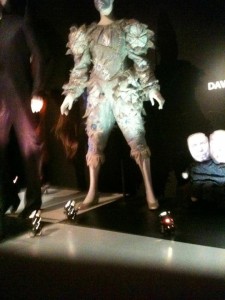 City, on my doorstep, back in 1997 and I couldn’t get tickets for love nor money); however I did get to the V&A Bowie Is exhibition back in May 2013. I feel incredibly lucky that I experienced it first-hand. Bowie was a collector of art and he catalogued his entire career and thank goodness he had the foresight to do so. I doubt I will ever see an exhibition like it again. Truly mind-blowing in its scale and the fact that it was a small part of what Bowie actually retained!

“I don’t know where I’m going from here, but I promise it won’t be boring.”

I’m writing this on the next day, after the news of his passing, and still I can’t fully comprehend what a world without Bowie living in it will be like.

I guess in some bizarre way I thought he would go on and on, like he was immortal and not like everyone else. His legacy of course is his work and that is immortal. My hope is that it will inspire younger generations who aren’t aware of him (yes there will be some) to explore this legacy and ignite in them that curiosity, that passion, that need to create, and that breaking down of barriers that his life stood for.

24 hours on and doesn’t it seem that the world is a little more drab now?